It’s not all about floorboards here at StopGap. My dad, Marcus, has made and invented quite a few cool things over the years. Earlier this year, he put together this guitar pedal board out of various bits and pieces, including sections of copper pipe, cable ties and even an old letterbox (see if you can spot it). The board is made from some old rack mount pieces and finished in a rather jazzy red crackle paint. He even found an old case to carry it in. 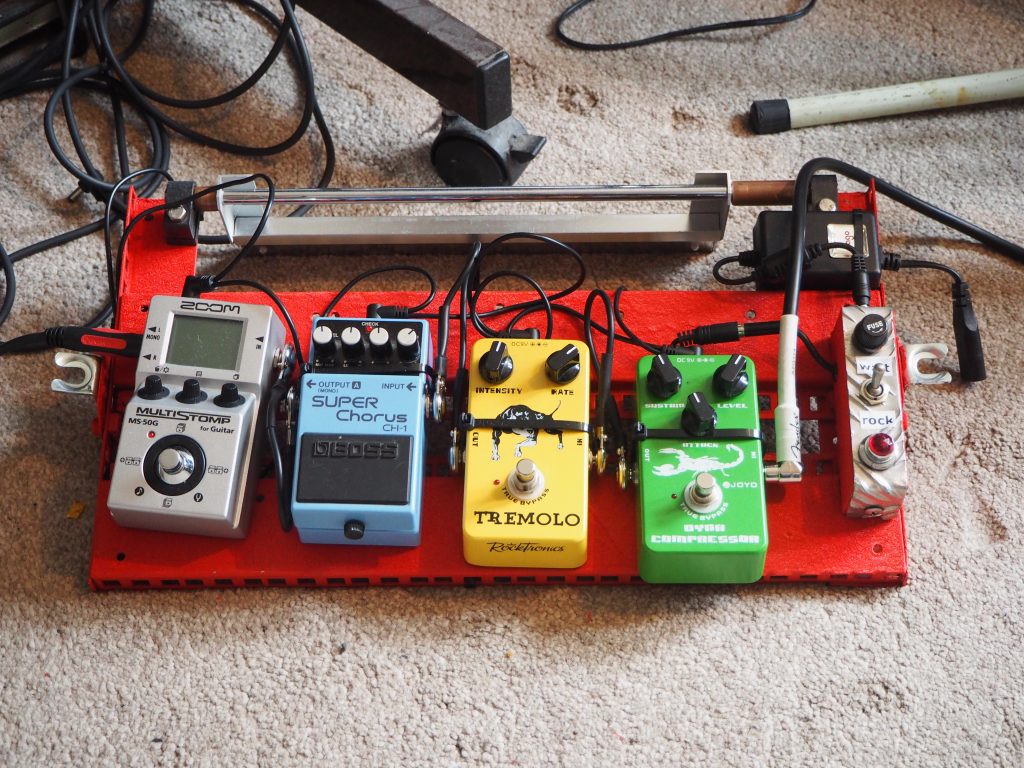 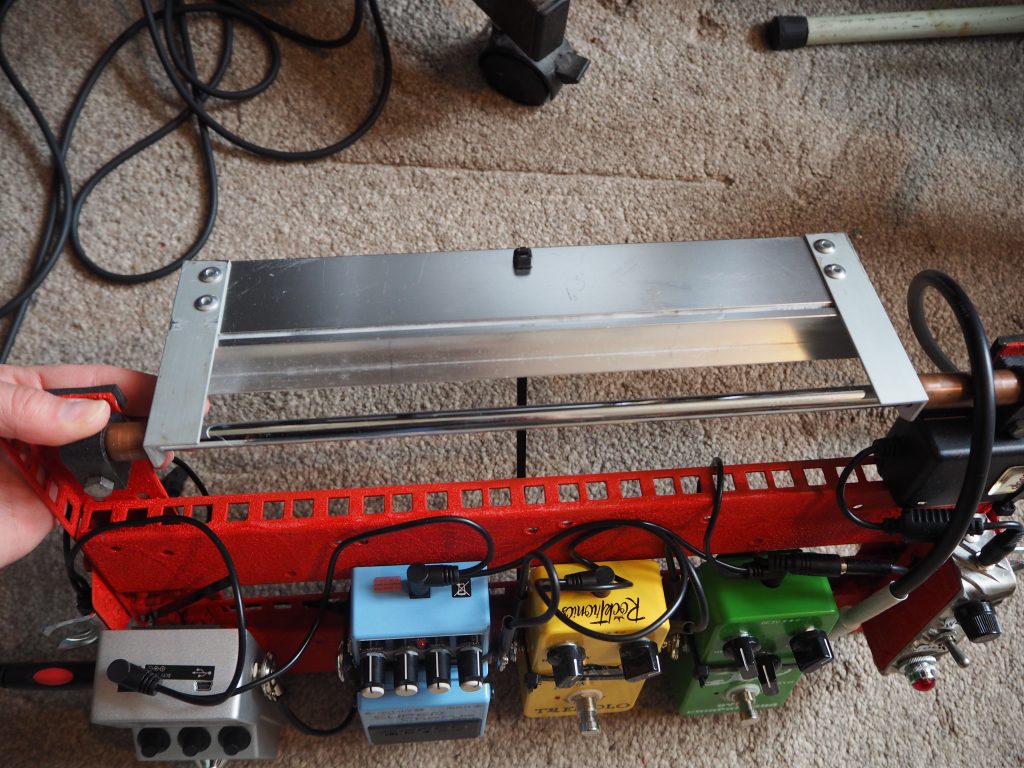 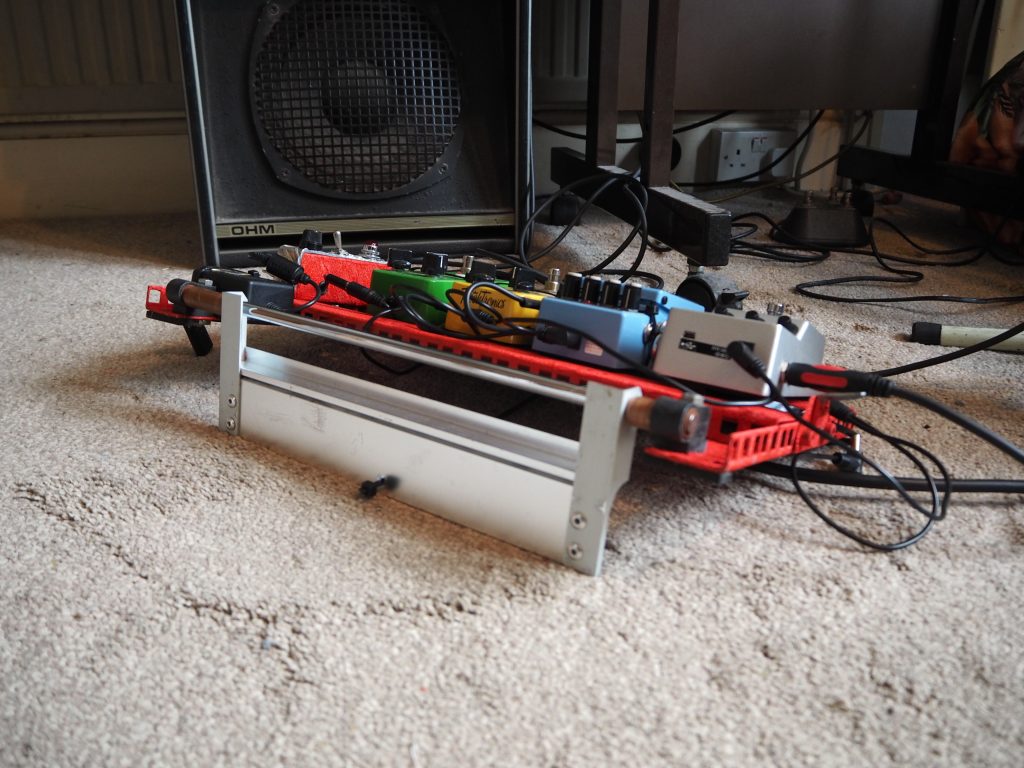 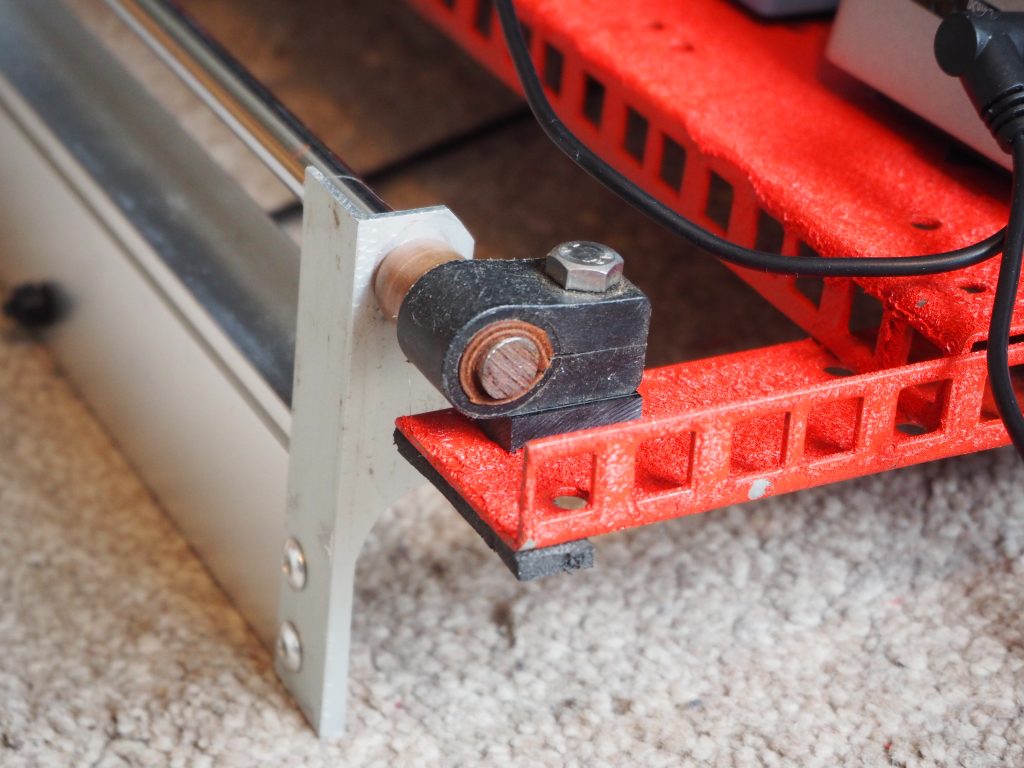 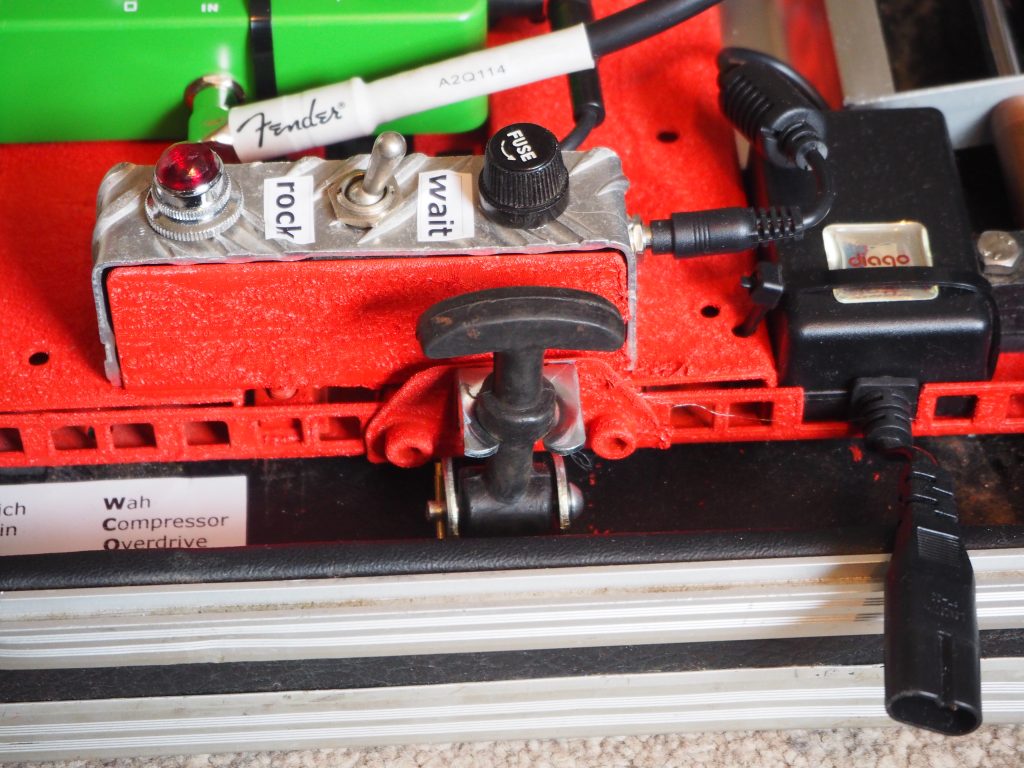 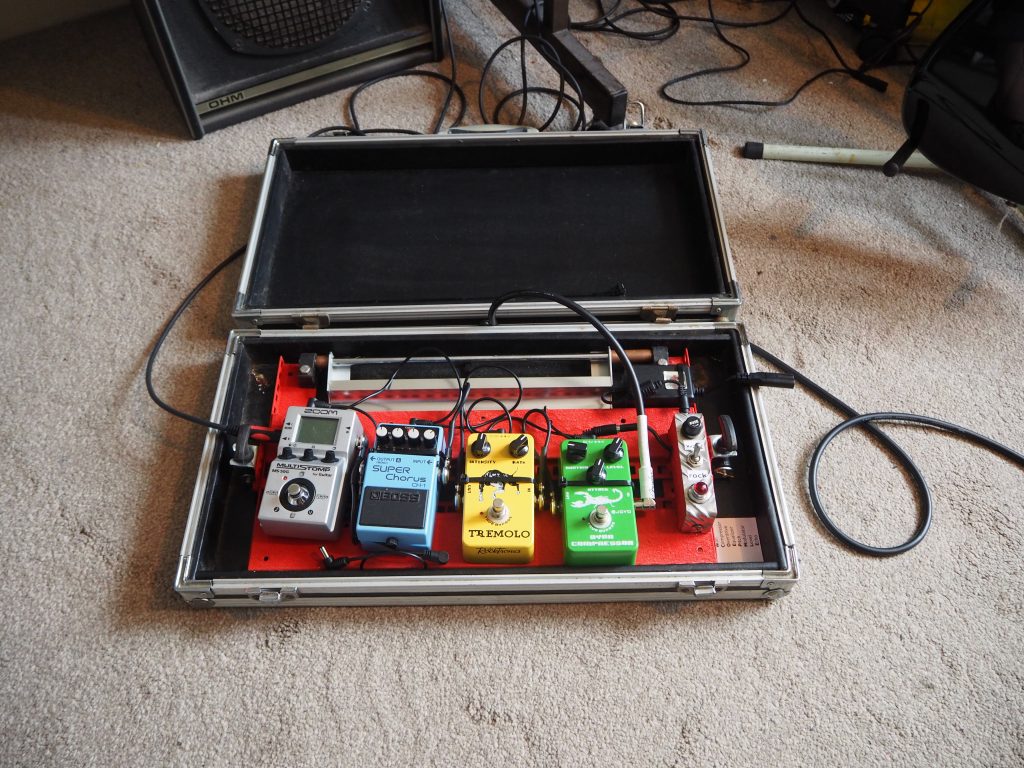 Guitar pedal board and other innovations

I remember other things he made when I was growing up He would be always be tinkering in the little lean-to at the back of the house that he used as a workshop. One of the best things was a go-cart (or gambo as he called it – must be a valleys thing). It had a wooden chassis and seat, large wheels on the back and smaller wheels on the front. You steered it by swivelling the front axle with your feet while holding onto a rope also attached there. My brothers and I had great fun pushing each other up and down the lane behind our house. I’ll try and post a photo or drawing of it, it was awesome.

Another idea he had was to fit buzzers in each of our bedrooms. It’s quite a big house and I think my parents got sick of shouting up the stairs to three kids. So each bedroom got a buzzer, and in the kitchen was a neat row of four buttons. Quite reminiscent of the bells used to call the servants in a Victorian house. Except we were much less helpful. The system was that one buzz meant listen, two buzzes come down and three buzzes meant there was a phone call for you. This was in the days before mobile phones of course. It worked well actually, although my brothers and I would randomly buzz just to annoy each other. Pretty terrible if you were asleep.

Have you made a guitar pedal board, or something else really cool? Gambo maybe? Post a photo on our Facebook page, we’d love to see what you get up to.

Brilliant for gappy windows/doors too!

Not sure how much you need?
Try our handy calculator.

StopGap is only available to UK customers from amazon.co.uk